Aston Villa football stickers
AVA Americana weigh in with a sticker album containing 15 footballers per First Division side. The stickers themselves are unusually shaped, with curved tops and bottoms. They were die-cut into rectangular images so that the curved pieces could be peeled away from the surrounding paper. Because the sticker surrounds were intended to be disposed of, little accuracy was applied when cutting them up, and they are often badly out of square, and frequently show strips of the adjacent photo along the edges.

The scans above show the stickers pulled off the surrounding pieces. Below are a few examples of the entire stickers, highlighting the wonky manner in which they were cut up. Obviously the accuracy of cut will vary from sticker to sticker.

The backing papers weren't telling us much - they gave the name of the sticker series of course, plus the squad member and sticker number - but the main feature is a drawing showing us how the stickers were supposed to be removed from the backing pieces. 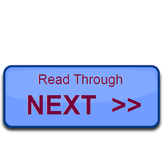